Special Thanks to Bob Perry for recording and editing the video 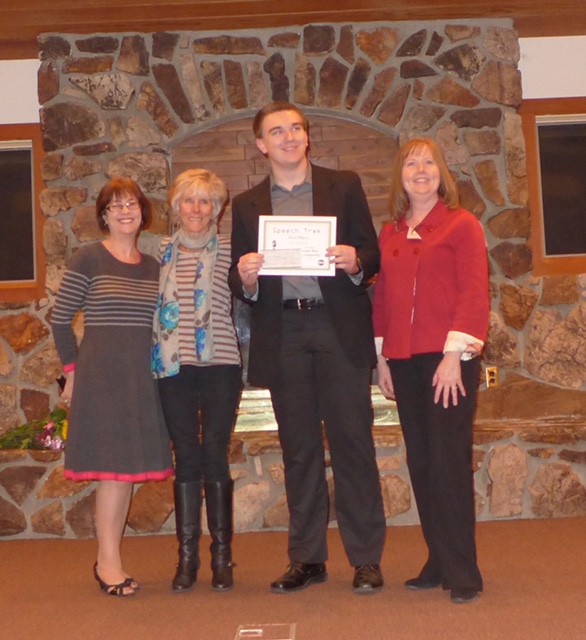 High school students are provided a timely and relevant topic from which they develop a speech that is presented to a live audience and before judges who determine the 1st, 2nd and 3rd winners. The first place winner then competes in the statewide AAUW Speech Trek competition.

Winners are presented with cash prizes.  The competition is filmed and the videos posted to YouTube.

The Branch has once again partnered with Bearly Speaking Toastmasters to co-produce the event.